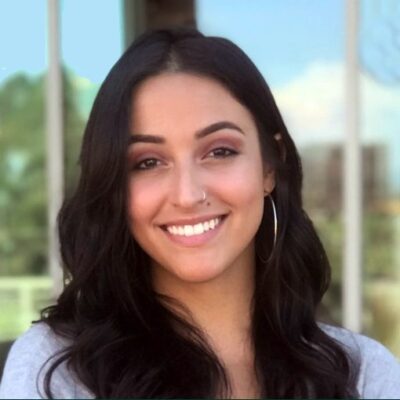 And when you want something, all the universe conspires in helping you to achieve it.

Gemma graduated from Point Park University with a Bachelor of Arts degree in Communications. She also completed a broadcasting certificate from the University of Pittsburgh’s summer intensive program in London, UK in 2016. She then went on to work at Pittsburgh, PA based casting company, Nancy Mosser Casting (Perks of Being A Wallflower, Concussion, American Pastoral, Mindhunter) before moving to Los Angeles, CA in 2017.

She previously worked at entertainment talent agency, Creative Artists Agency (CAA), as an Executive Assistant in the Communications and Global Branding departments. In June 2019, she was selected as an “Emerging Content Creator” by The National Association of Latino Independent Producers (NALIP) where she was awarded a producing scholarship. Shortly after in 2019, she co-founded Womxn Can: A Collective for BIPOC Womxn in Film and Television and doubles as Creative Director for the collective. In June 2020, she joined the Junior Hollywood Radio and Television Society. Additionally, she freelances as a production, casting, and talent assistant/coordinator (2015 – present).